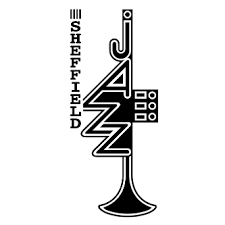 Sara Dowling, one of the most talented jazz singers in the UK, who won Best Vocalist in the 2019 British Jazz Awards, makes her Sheffield Jazz debut with her regular band of top notch musicians. Although she cites Betty Carter and Sarah Vaughan as her most important influences, Sara has her own original style that resonates in her compositions as well as her unique approach to standards. A powerful and expressive vocalist and composer, her vocal approach is steeped in the jazz idiom. Expect a vibrant fusion of nostalgic classical harmonies and intense American post-bop rhythms of the late 1960s.

Sara Dowling trained as a cellist at Chetham’s and the RNCM, before emerging as a Jazz vocalist. The fearlessness with which she approaches the act of singing, the burning conviction and the communicative power and musicality she brings to it has attracted widespread praise and numerous 5 star reviews. She has released two albums under her own name. Her first, ‘From Shadows Into Light’ is a mix of jazz standards and some newer compositions while her second, ‘Two Sides Of Sara’, a duo record with pianist Gabriel Latchin and Hammond Organist Bill Mudge has no originals, just jazz standards. Her third, titled ‘Right Now‘ and focussed on original compositions is due to be released in 2022. Sara has performed in some of the UK’s most prestigious jazz venues and festivals; Ronnie Scott’s, Buxton International, Swanage and Isle of Wight Jazz Festivals, as well as headlining festivals abroad in Italy, France and Hungary.