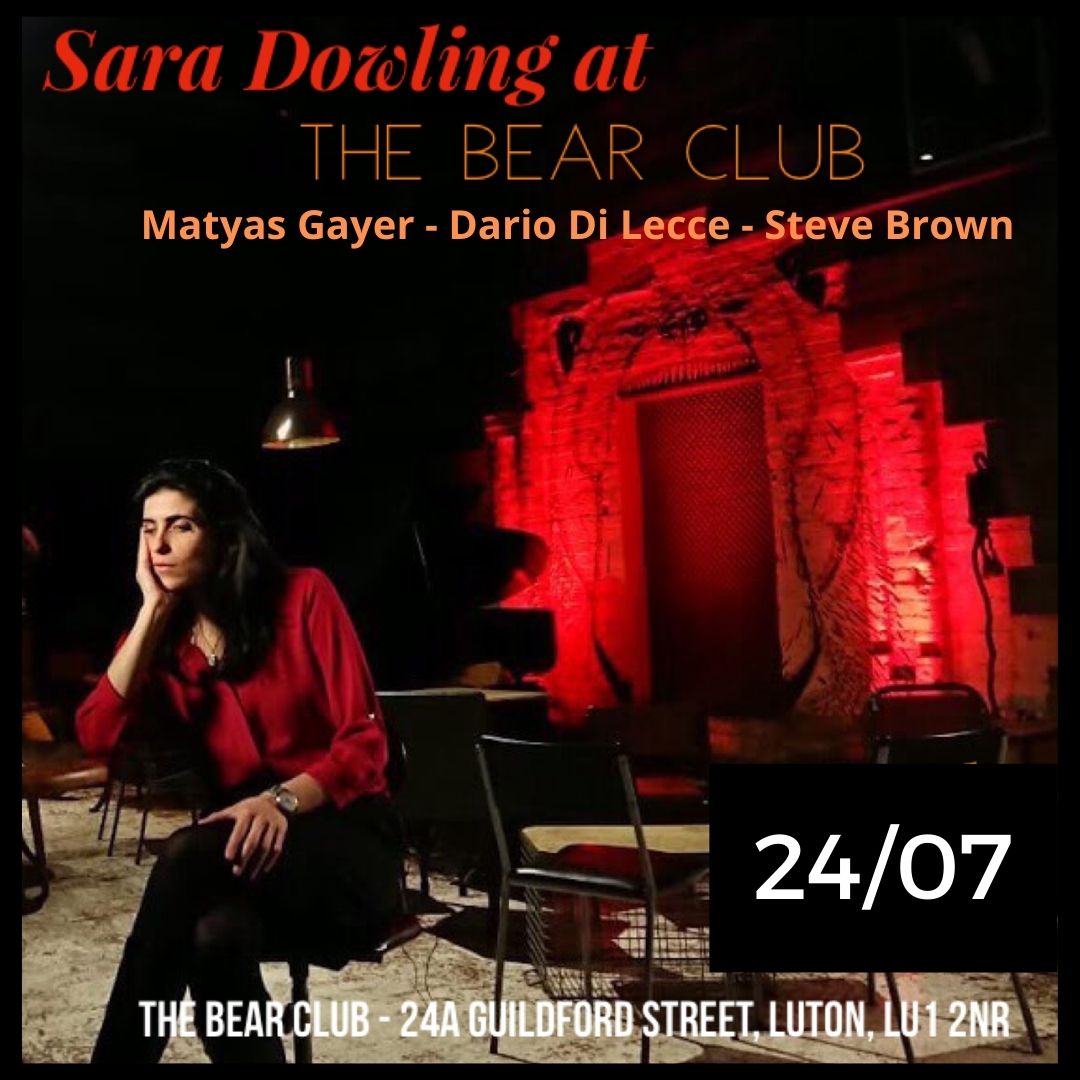 Voted Best Vocalist in the British Jazz Awards 2019, Sara Dowling is gaining fame as one of the most talented jazz singers working in the UK. She first trained as a cellist at Chetham’s and the RNCM, before emerging as a powerful and expressive jazz vocalist and composer. Sara is joined by the superb trio of Matyas Gayer (piano), Dario Di Lecce (bass) and Steve Brown (drums). An evening not to be missed!
Rarely does a jazz singer grace our scene with such breathtaking authenticity and natural flair. Dowling is this thing. IAN SHAW
Expect a fierce delivery of her composition ‘Phoenix From The Ashes‘ and her arrangement of ‘Bluebird of Happiness’ which best describe the overall concept behind her coming album ‘Right Now’, out later this year. She especially draws upon classical harmony merged with a daring post-bop rhythmic texture.Sara has performed in some of the UK’s most prestigious jazz venues and Festivals (Ronnie Scott’s, Barbican, Buxton International Festival, Swanage Jazz Festival) as well as headlining Festivals in Italy, France and Hungary.